Basra University conducted a symposium under the title intellectual prosperity in Basra during the Islamic eras.

The Center of Basra and Arab Gulf Studies at the University of Basra organized a symposium on intellectual prosperity in Basra during the Islamic eras. The symposium aimed to shed light on the intellectual achievement of Basra and the activity of its scholars in different fields like   history, grammar, medicine, economics and others. The symposium dealt with the cultural role of Basra, its scientific status, and the cultural impact of Basra on Andalusia.
The symposium recommended activating the role of intellectual institutions in Basra because of the factors of advancement and progress it possesses, because Basra possesses all the factors of prosperity and progress in present time and in the future 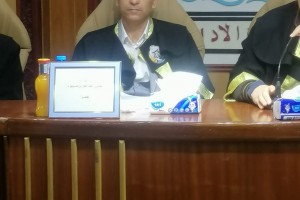 A lecturer from our center participates in the discussion of a doctoral dissertation.

Basra University implements a symposium on the 25th Gulf Championship 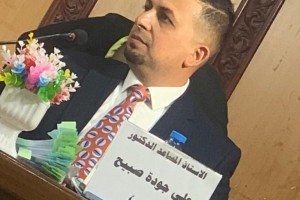